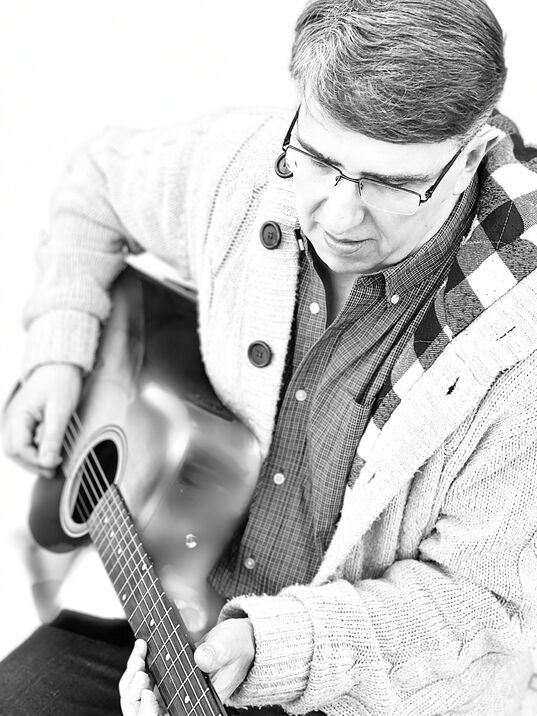 Robert has been writing music most of his life.

His first work was composing the music for the musical 'Why' with lyrics by John Carling. Why tells the Biblical story of Job.

Driving home one evening Robert heard about the true life story of Hollywood legend Cary Grant, which lead him to writing the musical 'Archie' this time taking on the book and lyrics as well.

'Psalms' is a work which brings the Biblical Psalms to life in a new way. Taking the form of a radio programme, 'Psalms' dips into peoples life's.

'Cello & Harp'. Robert has always had a love for the harp and cello, in the 'Cello and Harp' Albums, Robert allows the two to work together, putting his melodies centre stage.

'Judgement Day', is a short play written by Robert based upon 10 commandments.

'Mother Earth' is a new show Robert is currently Working on, telling the story of the greatest Planet in the Universe ... our very own ... Earth.

'Dream' Robert was asked to compose a song for the launch of the Charity 'Guch' now called 'The Somerville foundation' 'Dream' was the resulting song.

Robert continues to work on various project, all of which you'll be able to hear about right here.

Thank you for taking the time to visit.